Testing for Primality in Javascript

Since ancient times, mathematicians have been fascinated by problems concerning prime numbers, and many people have worked on the problem of determining ways to test if numbers are prime. One way to test if a number is prime is to find the number’s divisors. The following program finds the smallest integral divisor (greater than 1) of a given number n. It does this in a straightforward way, by testing n for divisibility by successive integers starting with 2.

The definition of the function findDivisor will look like:

And the definitions for square and divides will be respectively:

We can test whether a number is prime as follows: n is prime if and only if n is its own smallest divisor.

This means that the algorithm need only test divisors between 1 and √n. Consequently, the number of steps required to identify n as prime will have order of growth Θ(√n).

Pierre de Fermat (1601-1665) is considered to be the founder of modern number theory. He obtained many important number-theoretic results, but he usually announced just the results, without providing his proofs.

Fermat’s Little Theorem was stated in a letter he wrote in 1640. The first published proof was given by Euler in 1736 (and an earlier, identical proof was discovered in the unpublished manuscripts of Leibniz).

The most famous of Fermat’s results—known as Fermat’s Last Theorem—was jotted down in 1637 in his copy of the book Arithmetic (by the third-century Greek mathematician Diophantus) with the remark :

I have discovered a truly remarkable proof, but this margin is too small to contain it.

Finding a proof of Fermat’s Last Theorem became one of the most famous challenges in number theory. A complete solution was finally given in 1995 by Andrew Wiles of Princeton University.

If n is a prime number and a is any positive integer less than n, then a raised to the nth power is congruent to a modulo n.

If n is not prime, then, in general, most of the numbers a < n will not satisfy the above relation. This leads to the following algorithm for testing primality:

Now pick another random number a and test it with the same method. If it also satisfies the equation, then we can be even more confident that n is prime. By trying more and more values of a, we can increase our confidence in the result. This algorithm is known as the Fermat test.

To implement the Fermat test, we need a procedure that computes the exponential of a number modulo another number:

This uses successive squaring, so that the number of steps grows logarithmically with the exponent.

The Fermat test is performed by choosing at random a number a between 1 and n-1 inclusive and checking whether the remainder modulo n of the nth power of a is equal to a. The random number a is chosen using the procedure random, which is written using the standard Math library function random() in Javascript, random returns a non-negative integer less than its integer input making use of the floor() library function. Hence, to obtain a random number between 1 and n-1, we call random with an input of n-1 and add 1 to the result:

The following procedure runs the test a given number of times, as specified by a parameter. Its value is true if the test succeeds every time, and false otherwise.

The Fermat test differs in character from most familiar algorithms, in which one computes an answer that is guaranteed to be correct. Here, the answer obtained is only probably correct. More precisely, if n ever fails the Fermat test, we can be certain that n is not prime. But the fact that n passes the test, while an extremely strong indication, is still not a guarantee that n is prime. What we would like to say is that for any number n, if we perform the test enough times and find that n always passes the test, then the probability of error in our primality test can be made as small as we like.

Unfortunately, this assertion is not quite correct. There do exist numbers that fool the Fermat test: numbers n that are not prime and yet have the property that an is congruent to a modulo n for all integers a < n. Such numbers are extremely rare, so the Fermat test is quite reliable in practice.

Numbers that fool the Fermat test are called Carmichael numbers, and little is known about them other than that they are extremely rare. There are 255 Carmichael numbers below 100,000,000. The smallest few are 561, 1105, 1729, 2465, 2821, and 6601. In testing primality of very large numbers chosen at random, the chance of stumbling upon a value that fools the Fermat test is less than the chance that cosmic radiation will cause the computer to make an error in carrying out a “correct” algorithm.

Considering an algorithm to be inadequate for the first reason but not for the second illustrates the difference between mathematics and engineering.

There are variations of the Fermat test that cannot be fooled. In these tests, as with the Fermat method, one tests the primality of an integer n by choosing a random integer a < n and checking some condition that depends upon n and a. 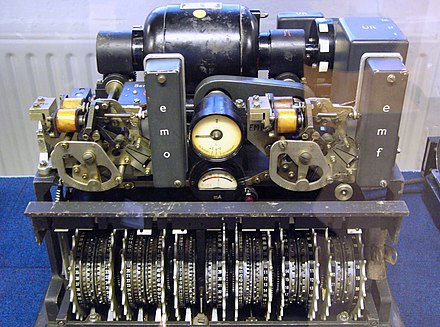 One of the most striking applications of probabilistic prime testing has been to the field of cryptography. Although it is now computationally infeasible to factor an arbitrary 200-digit number, the primality of such a number can be checked in a few seconds with the Fermat test. This fact forms the basis of a technique for constructing “unbreakable codes” suggested by Rivest et al. (1977). The resulting RSA algorithm has become a widely used technique for enhancing the security of electronic communications. Because of this and related developments, the study of prime numbers, once considered the epitome of a topic in “pure” mathematics to be studied only for its own sake, now turns out to have important practical applications to cryptography, electronic funds transfer, and information retrieval.